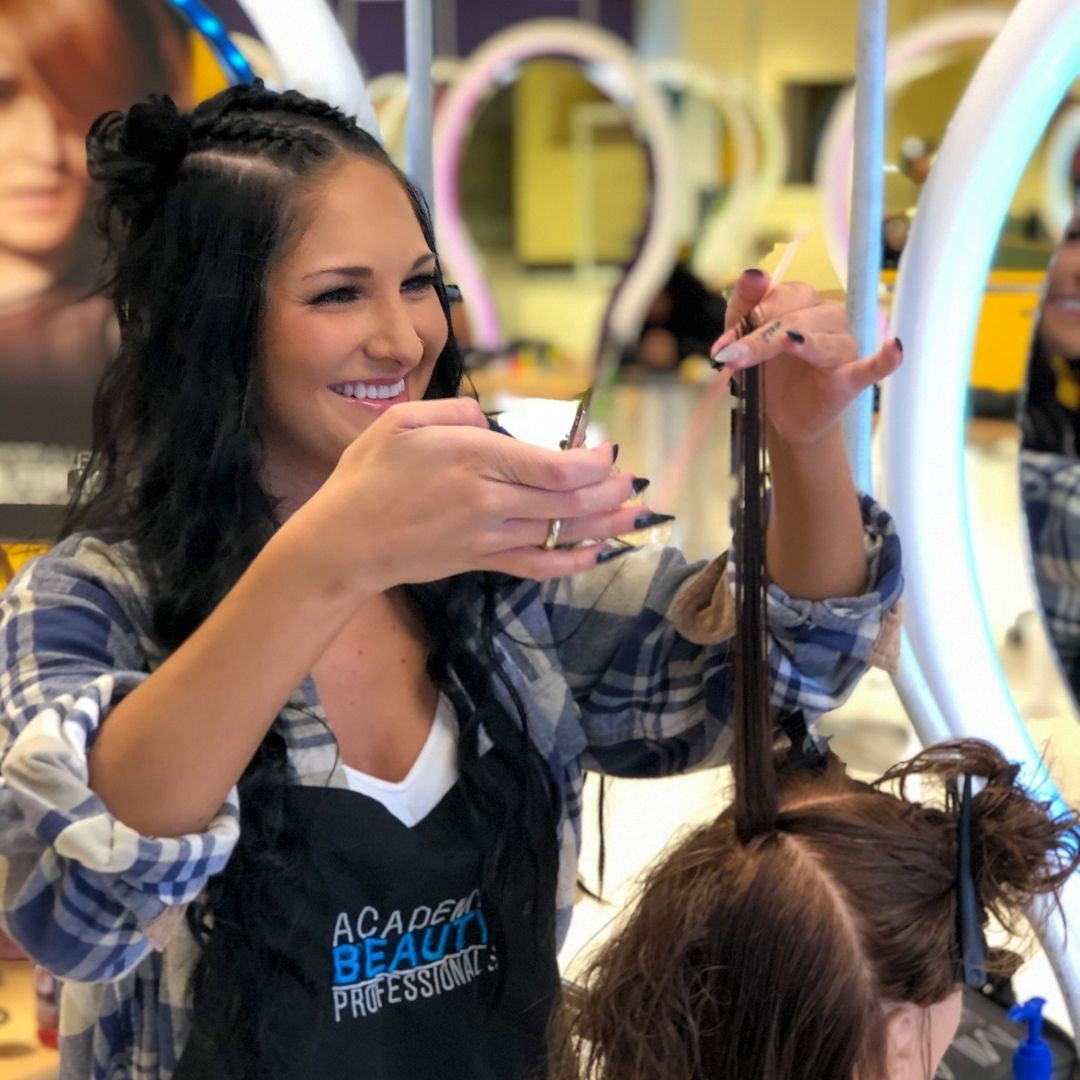 Menu
CONNECT WITH US

The Academy of Beauty Professionals is a family business that started with a single salon more than 70 years ago and now spans three generations. Founder and Best Practices Coach John Martin is largely credited with making the organization what it is today, but the Academy’s origins date back to his parents’ days as Beauty Shop owners.

Martin and Mary Kwitek opened Martin’s Beauty Shop in 1940 in Manitowoc, Wis. The salon outgrew its site and in 1960 moved to a larger building on Manitowoc’s west side.

Their son, John Martin, graduated from the Wisconsin College of Cosmetology in Green Bay in 1969 and joined the family salon as a hairdresser in 1970. By 1971, the family had added two more salons to their business, including a second location in Manitowoc and one in New Holstein, Wis.

In 1975, John purchased the three salons from his parents, but he soon found it difficult to find qualified talent. So in 1981 he began his first cosmetology school in Oshkosh, WI, naming it Martin’s School of Hair Design in honor of his father, who was well known in the industry and the area. The 4,000-square-foot school offered an advanced program in trend hair cutting, coloring, design, permanent wave wrapping, the methods of presenting knowledge to the client and understanding clients’ non-verbal communication.

Although his first class had only four students, Martin’s methodology of helping people succeed quickly proved effective. He nearly doubled the size of his Oshkosh school in 1983 to 7,200-square feet and opened additional campuses in Manitowoc in 1983, in Green Bay in 1988 and in Appleton in 1992.

In early 1986, the state-licensed school received national accreditation through the National Accrediting Commission of Cosmetology Arts and Sciences, allowing students at Martin’s campuses to obtain federal financial aid. At that time, 92 percent of its graduates were practicing cosmetology in Wisconsin and its two campuses — Oshkosh and Manitowoc — were ranked first and second in the state for percentage of graduates who went on to receive a license and practice cosmetology there.

In 2000, John Martin changed the name of his schools to Martin’s College of Cosmetology; at that time, he also closed the Oshkosh campus and started a campus in Madison, Wis., which offered a better location and bigger market.

John Martin decided to return to the business in 2015, when he founded the ideals of The Academy of Beauty Professionals, located in Appleton, Green Bay and Madison. While his ideas inspired the school’s culture, his son, David Martin Kwitek serves as owner and president.

ready to start your journey?

CONNECT WITH US TO LEARN MORE INFORMATION